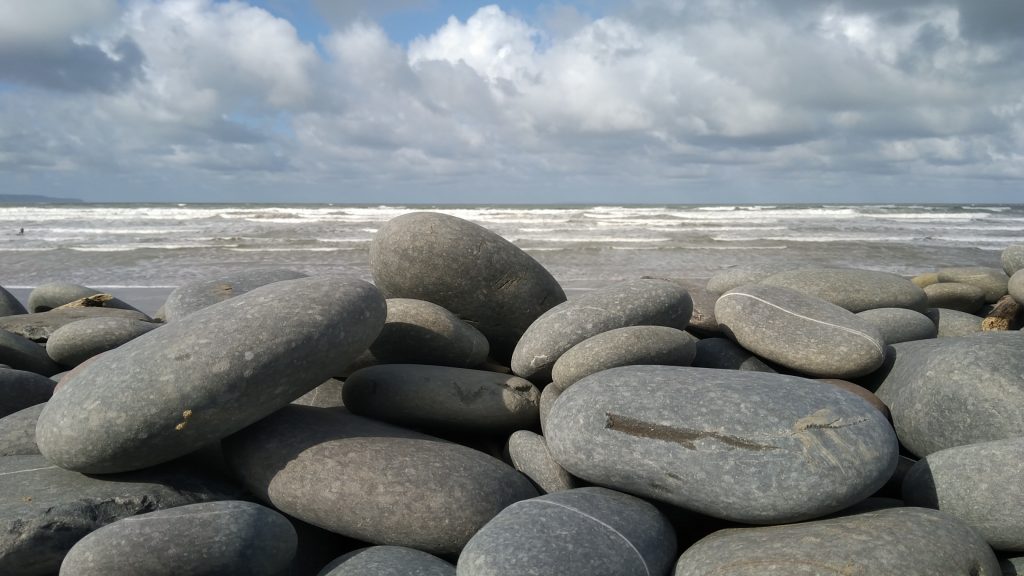 Across the River Taw Estuary is the historic fishing village of Appledore with a lively community spirit and home to the RNLI lifeboat station and the ‘Mollie Hunt’ lifeboat, which it often seen moored just off shore in the estuary. A pleasant 10 minute walk along a quaint narrow street of old fishermen’s houses, will take you to the lifeboat station and passes 2 historic  pubs on the way.

With slipways running between the houses, it is easy to imagine times when the village had a much busier working quay and dry docks and the ferry man still crossed to Crow Point and Vellator Quay in Braunton. 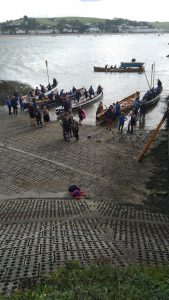 Today there are still fishing boats moored at the Quay, and upriver the boatyards and yards where stone is off loaded.  Most recreational boats are moored over the Torridge estuary at Instow, and make for a lively water scene at high tide. The day we visited a Gig race was taking place in Appledore.

Appledore hosts an annual book festival in September, and with Jeremy Vine as patron this festival is growing in status year on year. We went to hear Tim Waterstone speak very candidily of his early life and his business philosophy.  With authors such as Raynor Winn, George Alagiah, Lemn Sissay and Jenny Eclair is really was a big success and something to book ahead for next year. 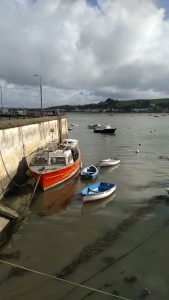 Appledore is also know for the visual arts and has an Art Festival every year too. There are a number of artists based around the village, so it’s a fun place to explore for galleries.

We did a little research on the cafe scene whilst there too! Our favourite in Appledore is still The Coffee Cabin, it is a tiny cafe, with great standards and a super selection of breakfast, lunch and cakes. With my dairy and gluten intolerance, I am always on the look out for a tasty cake and that day they had a layered honey and cinammon cake which ticked my free-from boxes and was loaded with flavour.

Market Street Kitchen is tucked away on one of the narrow lanes behind the Quay and has a hidden garden though the back of the cafe. It does some delicious sandwiches and light lunches.

If you fancy an ice-cream than the local Hockings ice cream is the one to try. Considered the best in the area, the Hockings van can be found at the corner of the Quay near the bus stop.

If you are travelling by Satgecoach 21A you can grab an ice cream whilst you wait for the return bus! Some of the Stagecoach buses run from West Meadow Road, our nearest stop, all the way to Appledore. You’ll want a little patience and a comfy seat as the bus goes via Barnstaple bus station and all the places in between, so it’s not the quickest trip!

If you are cycling the Tarka Trail, then Appledore is across the River Torridge from Instow.  A ferry runs April to October for as little as 2-3 hours a day, so although it looks quite near, check the timetables before you plan this, or be prepared to cycle inland to the bridges that cross the Taw closer to Bideford.

Making the most of our journey around the estuary we continued on to Northam Burrows and parked up for a walk on the pebble ridge. From here you can see the views back to Saunton Sands and enjoy the wildness of the estuary mouth.

This site uses Akismet to reduce spam. Learn how your comment data is processed.